The 2017 Coca-Cola Holiday Instant Win Sweepstakes is a MUST Enter! (No Purchase Required)

Out of all the sweepstakes that will be arriving this Holiday season none may be more lucrative than the Coca-Cola Holiday Instant Win promotion.  This sweepstakes is literally giving away more than $4 million dollars worth of prizes!  And these are just some dumb, run of the mill prizes… these prizes are top-notch (Xbox One, Amazon Fire Stick, Nike Gift Cards).  Lets cut to the chase and tell you how to enter without purchase before we get into the promotional details… 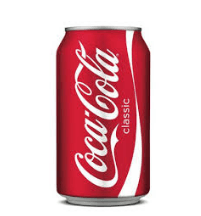 Include a 3 x 5 index card with your name, home mailing address, email address, day/evening phone numbers, and date of birth.  The request MUST be postmarked by December 16, 2017 and received by December 26, 2017.  PLEASE include a valid email in which you have access to as 5 Coca-Cola Holiday Instant Win codes will sent to that address.  Only one entry is allowed per envelop BUT a request for codes can be made every day!  Once the codes have been obtained via email enter them at Coke.com/Holiday.

This method also involves not making a bothersome purchase but can only be used from December 16, 2017 to December 29, 2017.  In order to enter via method 2 simply visit Coke.com/Holiday and follow the links and instructions to log in to your Account and locate the tile for this Instant Win Game.

In order to enter the Coca-Cola Holiday Instant Win Sweepstakes promotion you must be 13 years of age or older and a legal resident of the United States.  Employees of The Coca-Cola Company, Coca-Cola bottlers, and HelloWorld, Inc are not allowed to enter.  Coca-Cola reserves the right to award only the stated number of prizes by a random drawing among all legitimate, un-awarded, eligible prize claims.

Yea yea yea can we see a list of prizes!  (a list of prizes associated with the Coca-Cola instant win Holiday sweepstakes can be found on the official rules page or just look below!  The number behind the prize is the amount of the item that will be given away.

Class members in the Desio and Gouveia v. Emerson Electric Co., class action lawsuit can claim $15 up to a maximum of $45 according to the settlement terms.  Class members in the case contend that InSinkErator water filters that leak and caused property damage. 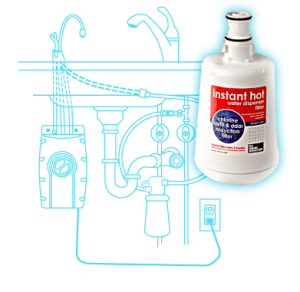 According to the INSINKERATOR F-201 WATER FILTER CLASS ACTION SETTLEMENT class members in the case are defined as anyone who as of “January 22, 2018, own or lease a residence or other structure located in the United States that contains both an installed InSinkErator F-201 Instant Hot Water Dispenser Filtration System and an Old Filter.  An Old Filter is an F-201R filter cartridge manufactured from 2001 through January 31, 2011.”

The claim form can also be printed and sent via US mail.  For the claim form in PDF format along with all of the other F-201 Water Filter class action lawsuit documents please see the list below:

Class members will not be asked to pay for these lawyers as the lawyers will ask for $6,500 to compensate them for their expenses and another $2000 as an award of a service payment from the 3.8 million dollar settlement pot.

A settlement fairness hearing will take place on or around 2/6/18 to determine if the 3.8 million dollar settlement is fair and reasonable.  Those who are not happy with the $3,800,000 settlement (or the settlement payout for individual class member) can object to the settlements by attending the fairness hearing.  Class members must notify the court that they wish to attend and then show up at the U.S. District Court for the Eastern District of Washington, 920 West Riverside Ave, Spokane, WA 99201 ready to speak.  Objection notification must be mailed to: Clerk of Court, U.S. District Court, Eastern District of Washington, P.O. Box 1493, Spokane, WA 99210.

ABOUT US
Lettuce-Know-Online Promotion Take a short survey in regards to a Sainsbury's purchase and maybe win 100,000 Nectar Reward Points in the process! Visit www.lettuce-know.com and follo
FOLLOW US
©